The popular Twisted Metal series disappeared from the gaming scene, leaving its fans wondering when it would make a comeback. The game has finally reappeared, but does it have the same appeal as before? Let’s take a closer look to find out.

Theme of the story

The story of Twisted Metal remains pretty much the same this time around.  A crazy character named Calypso is holding the Twisted Metal tournament once again, and the last contestant standing will be granted one wish.  Surprisingly, the roster of characters is rather limited.  In fact, the playable list of characters is confined to Sweet Tooth, Doll Face, and Mr. Grimm.  These characters have their own unique storylines that have three possible endings each.  Your gameplay will decide the paths taken, and each character can select from a wide assortment of vehicles.  This may seem odd to players of the original Twisted Metal releases, but the added flexibility is a definite plus.  The storyline is complete with many cut scenes that amplify the game’s entertainment, and the boss battles you will have to endure throughout will definitely hone your skills.  You can play Story mode alone or partner up with a friend for some split-screen action.

Beyond the game’s three main characters, the true stars of Twisted Metal, as usual, are its vehicles.  You get to select from many pre-existing vehicles from the original version, as well as a few new additions.  Some of the beefier selections include the tow truck Junkyard Dog, the semi Darkside, the tractor-trailer Juggernaut, and Axel.  Speedier selections include the motorcycle Reaper, the Lamborghini-like Crimson Fury, and the Mustang-inspired Death Warrant.  Then you have your zany vehicles such as the hearse Shadow and Sweet Tooth’s ice cream truck from hell.  As a departure from the ground-bound vehicles, a helicopter, Talon, has been added to the mix.  This is just a sampling of what’s available, but you get the idea.

The wide variety of levels in Twisted Metal helps to keep things from getting monotonous.  Each level has its own theme and look, as well as obstacles that can add to the game’s overall chaos.  This obviously adds a bit of a learning curve since you will have to get acquainted with each level and the pitfalls it presents.  Of course, practicing will also help you map out the best hiding spots, escape routes, and the like.  There are also weapon pickups all over each map, so staying stationary is not a useful strategy.  You’ll want to keep moving around the maps constantly to pickup added weapons such as homing missiles and power missiles to help defeat your enemies.  Throw in the fact that the environments are destructible, and you have yourself a pretty immersive experience.  Here’s a breakdown of the levels:

this is Calypso’s arena of death.  You compete in front of bloodthirsty fans, and some will even be launched into the arena on occasion from pressure plates.  The lava pools are just one example of obstacles you can find sprinkled into Twisted Metal’s environments.

located in East Los Angeles’ industrial zone, Watkyn’s Harbor is described as the city’s oil center.  There are plenty of underground canals you can use, and blowing up gas tanks can help create makeshift pathways on the fly.

it may have a pleasant name, but Sunsprings, California is anything but.  Think of it as the suburbs with plenty of destructible objects, including a water tower, houses, and commercial buildings.

you could consider this level to be Twisted Metal’s most scenic route.  It’s set in the desert just outside of Sin City, and its windy roads, sharp turns, and steep surrounding cliffs make it quite dangerous for speeders.  You can destroy bridges, overpasses, gas stations, and more here.

dark and depressing, Diesel City is a dirty metropolitan setting that fits the whole Twisted Metal aura to a T.

this level seems to be modeled after New York City’s famed Times Square.  Destroying the Statue of Liberty and the subway are just a couple of examples of mischief you can get into.

amusement parks usually cater towards children, but such is not the case with Adventure Park.  The setup offers plenty of opportunities for interesting chases, and rides such as the Ferris Wheel, Pirate Ship, Tower of Terror, and more can be destroyed.

you may have remembered rooftop battles from previous Twisted Metal editions, so the inclusion of the LA Skyline level adds a bit of nostalgia.  Here you play atop skyscrapers that can be destroyed to significantly alter the map’s landscape.

The whole look of Twisted Metal is satisfactory.  The vehicles and environments are an obvious upgrade from past editions thanks to enhanced technology.  It’s not the best looking game you will find, but it is colorful and lively.  Sound effects are also solid, and a soundtrack featuring Rob Zombie, Sammy Hagar, Iggy Pop, N.W.A., Judas Priest, and Ghostface Killah gives the game some extra edginess.

Controls in Twisted Metal are responsive, but there is a decent learning curve.  Why?  Quite simply, you not only have to drive the vehicles, but you also have to manage the different weapons.  Controlling each vehicle can be as chaotic as the game itself, but after a while, it’s easy to get accustomed.  The game’s overall difficulty is moderate, but the aforementioned boss battles might tempt you to throw your controller once or twice.

Modes of the story

The Story mode offers some entertaining cut scenes and background on the participants, but the real fun in Twisted Metal comes from its multiplayer modes.  It’s here that the game’s true chaos is put on display.  The multiplayer options are extensive, and include the following: Death Match, Team Death Match, Last Man Standing, Team Last Man Standing, Hunted, Team Hunted, and Nuke.  Hunted is quite interesting, as one player is tagged as the prey and others must team up to pursue him.  Nuke is worth mentioning as well.  It’s similar to capture the flag, except you capture the other team’s leader, take them to your base’s missile launcher, and launch them into your enemy’s statue.  The first team to destroy the opponent’s statue wins.

Twisted Metal is obviously not for everyone, but fans of the franchise should pick up the newest release without hesitation.  The wide variety of vehicles, levels, and modes offer solid replay value and enough action to keep thrill-seekers busy for a long time. Also, check out e-sports คือ 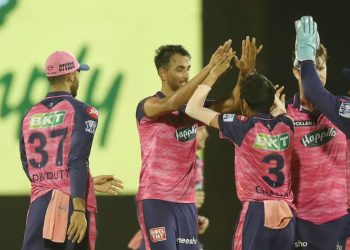 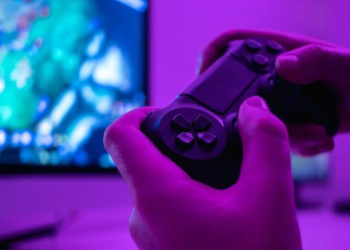 Tech will continue to impact the world of sports